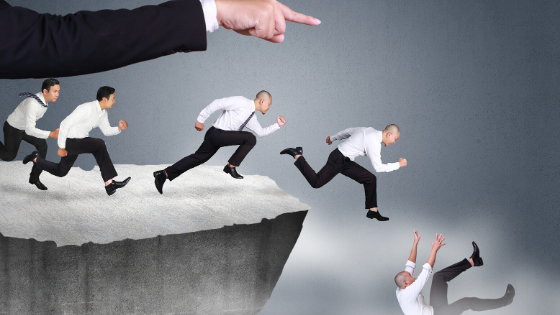 If your team likes you, then you’re not doing your job properly…

I was called into an organisation to coach someone who had recently been promoted to their first role managing people.

This particular person had been recognised as a ‘high potential’ and was an excellent individual contributor.

However, since being promoted she was struggling with stress, overwhelm, managing priorities and managing the deliverables of the team.   And, her team members were suffering as well.  Engagement was dropping, deadlines were being missed and there was very little trust between her and the team.

When we delved into how she worked, her leadership style and what she thought her role as a leader was, it became clear that she had no training or support as she moved into her new role.

She was leading based on how she had been managed.  And based on advice that her one and only manager had given her.  That advice “if they like you, then you’re not doing your job properly.’

Pressure on her increased now she was leading a team.  Due to this, she had little time to invest in her team, let alone know how to do it.  As deliverables were missed, she became more autocratic, pushing her team further away. And, she told herself this was OK and must mean she was doing a good job as they weren’t meant to like her anyway.

Thankfully, this person was really open to learning and through working together she completely changed her thoughts and approach to her role as a leader and the needs of her team.

Many first-time managers are promoted because they are great individual contributors but find that the skills that made them successful before aren’t very helpful when it comes to leading others.

Some may be too self-conscious to admit they are struggling so won’t ask for help.  Others could have a blind spot around what’s required.

Whatever the reason, the impact of untrained managers and leaders is huge…

…on the new manager:

A leaders role is to motivate and coach people yet most are not given the training or support they need to learn how to do this.

When an employee starts in a new role, they are trained in the skills required for that role.

Yet, what I’ve so often seen, is someone promoted to Manager, given a new title, a team and a pay increase and away you go.

New people managers need to be supported as they make the transition from team contributor to team leader.

They need to know what is expected of them and the skills they need to develop and then trained and mentored as they learn and implement these skills.

They need to know it’s OK not to know it all.  It’s OK to have doubt and uncertainty and to make mistakes because it’s new and they are learning.

And, as we all know, leaders are made, not born so with ongoing training, coaching and support, they will get it.